I highly recommend you pick up a copy of Brian Mooreland’s new novella The Vagrants.  With a page count of a shade over 100, Mooreland somehow manages to both create depth to his characters as well as create an entirely new world that could support an entire franchise if he wished it to. 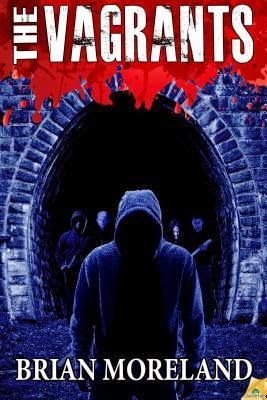 The novella begins with Daniel Finely an ambitious college graduate with a journalism degree.  He is in the midst of spending six months living with the homeless population in Massachusetts, and begins feeling disconnected from his old life as the days pile onto each other.  He feels himself and his outlook on life changing.  The camp Daniel had been living is then begins to become overrun by a small cult.  This cult and its charismatic leader begin to recruit the occupants of the area into their ranks.  Daniel feels the appeal but escapes their recruitment.  Two years later when his book is being released the cult finds him, and try once again tries to bring him into their ranks...Full Review at Ravenous Monster.