Where the Dead Fear to Tread 40% off

All Untreed Book 40% off at the Untreed Store Click below to jump over.  Discount will be taken at Check out. 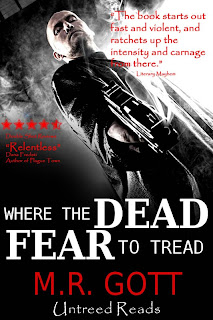 Overview;
The lover of your dreams has come...and that lover is not alone. They are everything we desire...and we are their prey. They feed on our passions...gorge themselves on our lust...and they know exactly what we want...what we crave.

Only a few people know they exist, and even those who know aren’t sure what they are, why they have come...or how to stop them. They blend in by taking the forms we love most, and they make of death an unimaginable ecstasy. You may know one of them. You may love one of them. But you will not survive one of them. 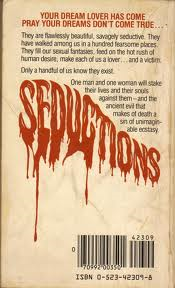 Ray Garton’s debut novel Seductions is a clever little book, taking one of the most difficult monsters to use incubi/sucubi and creating a very cunning, briskly-paced supernatural mystery around multiple parties investigating missing persons cases where massive amounts of blood and nothing else was found at the site of disappearance.
One of Seductions strengths is a lack of clear fodder characters, the cast of the novel is small, but that allows for more character building and personal arcs.
Garton’s novel starts small and builds toward an incredible climax.  He slowly ratchets up the tension page by page, as the reader discovers with the characters what exactly is happening.
In the End;


Seductions by Ray Garton is a solid paperback page turner.  While it doesn’t re-invent the genre, it is a satisfying read, with bloody kills, clever reveals and well-drawn characters. 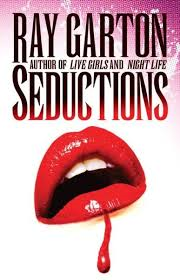 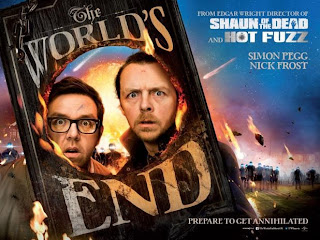 I didn't really enjoy Shaun of the Dead when I first saw it.  The tonal shifts between comedy, drama and action were too abrupt for me.  A friend (Hi Pat) talked me into re-watching it, and now its one of my most watched films.  Hot Fuzz is also a frequently viewed film in my life. 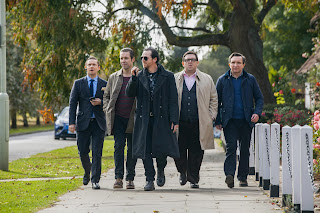 The World's End is more akin to Shaun of the Dead.  The humor is dark, combining slapstick and verbal fare.  Many of the characters we come to care for die horrible deaths.  Edgar Wright's direction is inspired and the action sequences are near perfection.  You can easily follow each and every blow, no jump cutting here. The story surrounds Simon Pegg's incredibly unlikable Gary King, manipulating his old pals into a pub crawl  to try and recapture past glory.  All does horribly and fantastically awry and the less you know the more you'll get out of it. 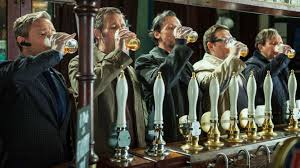 While I enjoyed The World's End I feel like Shaun of the Dead and Hot Fuzz (and even Paul, there I said it) it will get better with each viewing.  Cheers mate.
Posted by M. R. Gott at 5:39 PM 1 comment:

Dana Fredsti on her collection: 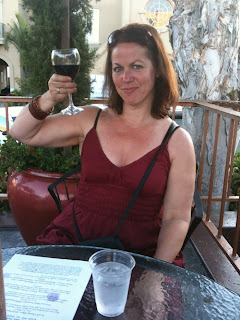 "My bookshelves are an eclectic mix of books (more or less arranged by genres, authors, and sometimes themes) and stuff.  “Stuff” can range from old dolls to photos, seaglass (LOTS of seaglass) in shells, jars, antique teacups and ashtrays; little cat figurines; knives; hand-made cards from my best friend, a collection of pewter Vikings that my dad collected from the Smithsonian Institute collection…  lots of stuff.  As much as I love books (and the house is filled with them; not only on shelves, but also in stacks under tables and wherever we can fit them), I prefer the aesthetic of books and “stuff” together."

Click the image to jump over to Ravenous Monster to check out her collection.
Posted by M. R. Gott at 12:22 PM No comments:

I was intrigued by the original Kick Ass, but not quite a fan after seeing it initially.  After a second viewing I was better able to appreciate the odd sensibilities of the flick and the drastic tonal shifts. 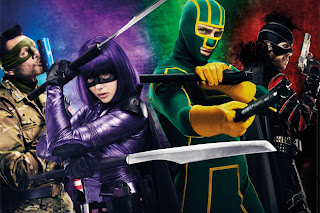 If you enjoyed Kick Ass, I can't imagine you hating Kick Ass 2.  Like the original it is genuinely sincere in its emotional content.  It is still infused with a crazy energy and well shot, however where it is significantly worse than the original are a few plot elements used (rather lazily in my opinion) to connect the second and third acts. 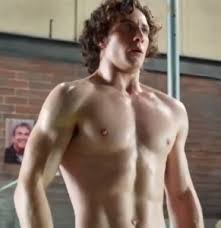 The movie also is a tad more reserved with the violent content, nothing that happens is close to as brutal as the original, hell The Wolverine has a much higher on screen body count.  That doesn't mean we're anywhere near gaining a PG-13, but it made the film a bit more fun for me.  A gang rape was among the content cut from Millar's original book.

The cast is stellar in all areas and perfectly cast, though be aware Jim Carey has little more than a cameo.  Donald Faison (Turk from Scrubs) also shows up as Doctor Gravity and is perfect with the little he has to do.  Aaron Taylor Johnson and Chloe Grace Mortez are as kick ass as last time, but John Leguizamo feels wasted with the very little he has to do. 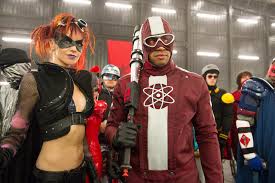 So in the end you've got a damn fine little film that would have been great if the plot was just a bit tighter.
Posted by M. R. Gott at 5:49 PM No comments: 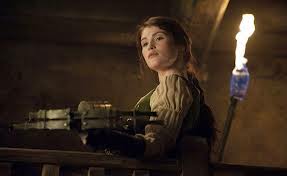 Meh, that's really all there is to say about Hansel and Gretel Witch Hunters.  The movie is neither really bad or good.  It totters in mediocrity.  Renner and Arterton play essentially the same bad ass unshakable character. The screen play and direction never moves beyond adequate, until to tell if this is a serious or tongue in cheek ride. With such wild ideas and setups for this to be blase makes me appreciate the real cult classics so much more.   That shit can't be faked. 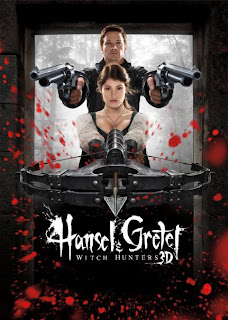 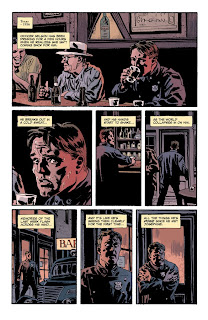 I'm a big fan of Brubaker and Phillips noir horror hybrid series Fatale. Click either image to see how the third graphic novel collection stands up to the rest of their work.